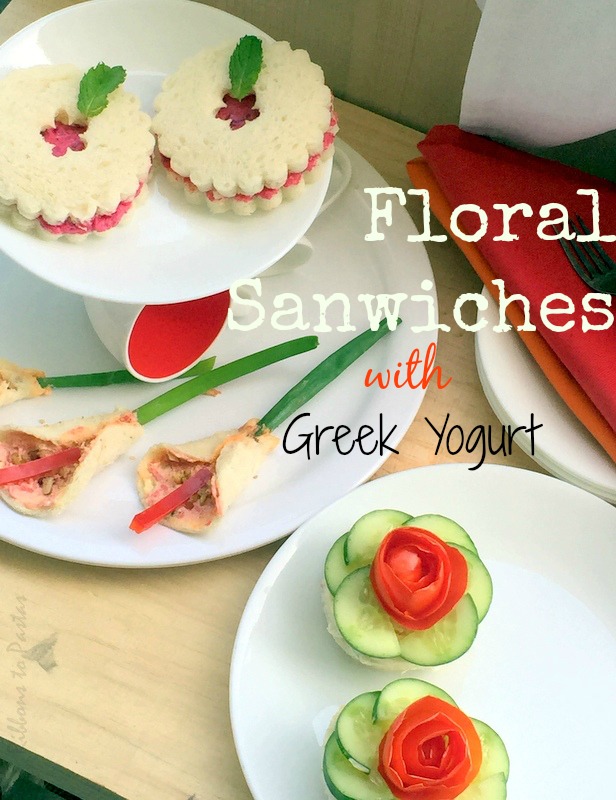 BM # 68
Day :14
Theme : One Category – Bread Sandwiches
Sub Theme – Sandwich Platters
This week with Sandwich platters has been one of the most interesting weeks in the Cooking Carnival. I have been working on sandwich platters and today I have sandwiches with Greek Yogurt.
I have used Greek Yogurt as my main ingredient and worked around it. I also decided to make all floral sandwiches. 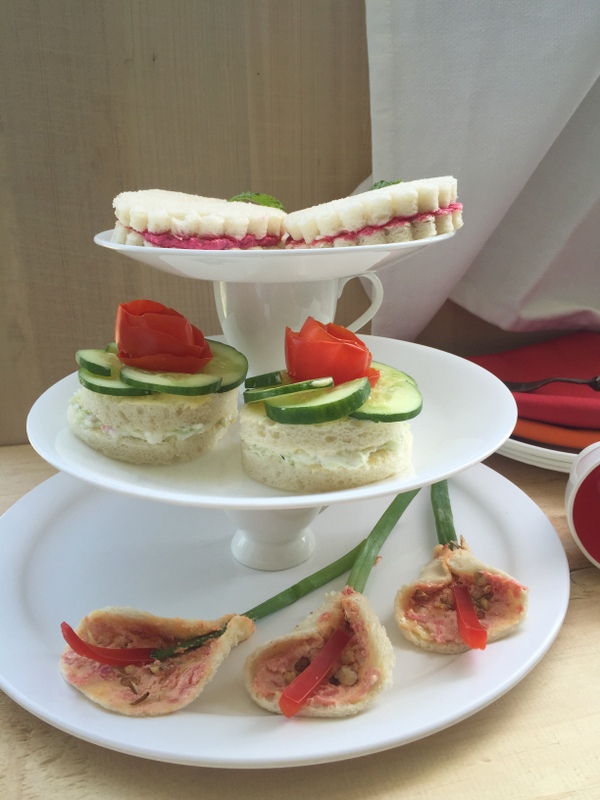 Greek Yogurt is basically strained yogurt, where the whey is discarded from the curd , leaving back a thicker version of curd. Arabics call it Labneh and use it widely in their cuisine. We also call it hung curd, since we put the curd in a cheese cloth and hang it to remove the whey. For one of the previous marathons I made home made Labneh, I even tried making Labneh balls with a Arabic herb called Dukkah. Greek yogurt is a real versatile ingredient and one can really play around with this. One can make different dips , use it in salads, make kebabs, the list is endless.
For today I have three flower shaped sandwiches with different fillings. These all taste different even though the basic ingredients are the same. It is the herbs and seasonings that alter the taste of these sandwiches. I have used simple white bread for all the sandwiches. 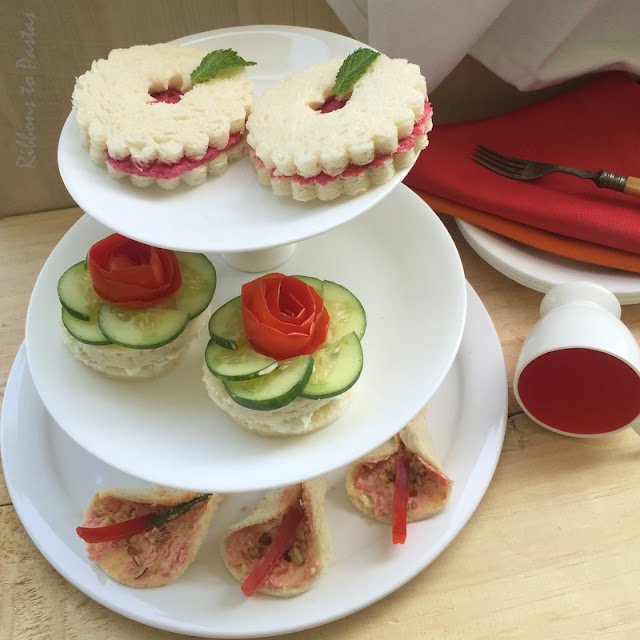 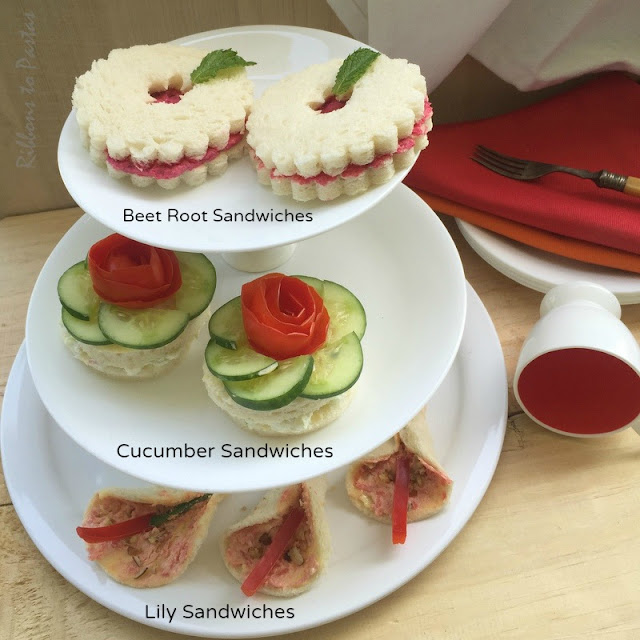 These sandwiches would be perfect for any party, they look pretty too. One can make these in advance and pack them well in a deep box with a cling film. I was very happy with both Cucumber and Beetroot sandwiches but not very happy with the Lily Sandwiches, the taste was fantastic but it did not come out as neat as I expected. We could use these spreads for regular sandwiches too and they would be perfect for carrying for picnics or even for a lunch box. It is the spread that has to be delicious , the shape could be whatever one fancies. 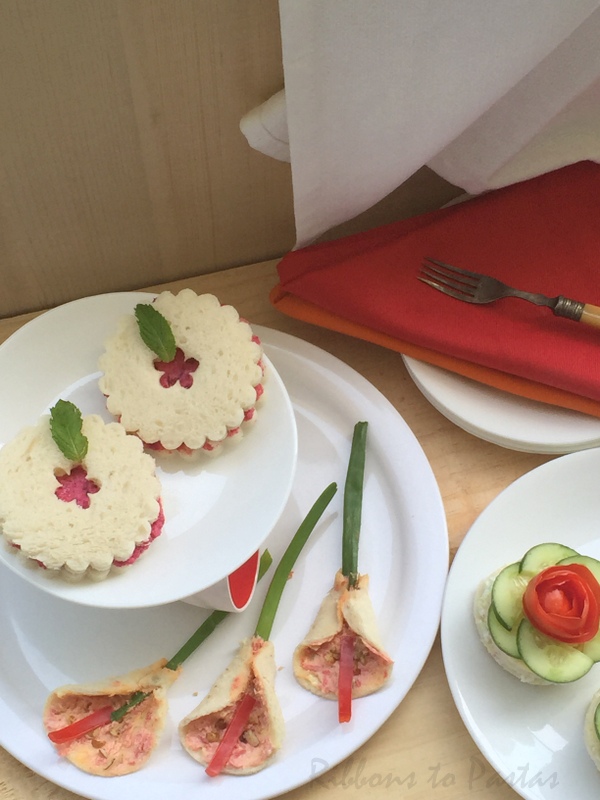