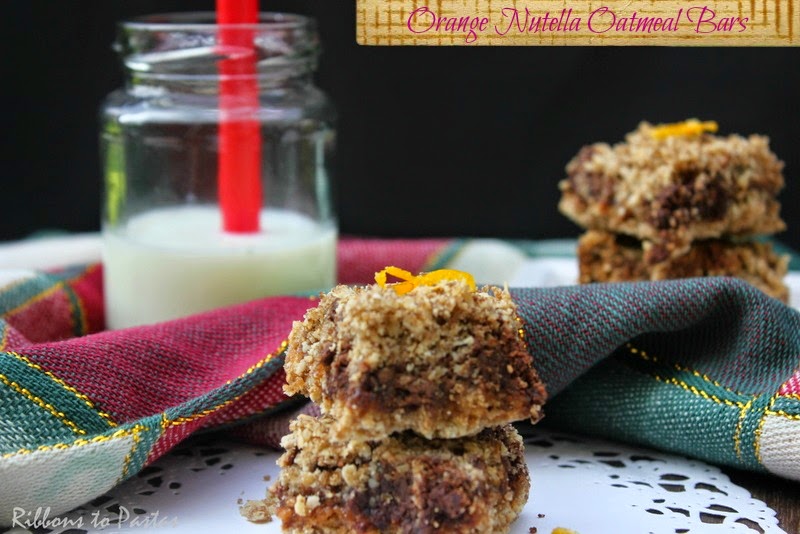 Day 5,week 3,and I have another healthy bar. You guys know that chocolate and orange is a favorite combo for me and these are the ingredients of today’s bars.The original recipe had raspberry but I tweaked it and used orange marmalade with Nutella and chocolate chips. Later I felt I could have even used cooking chocolate , not that I was not happy with these. I loved the flavors , the only mistake I did was while slicing them into pieces, I used a crinkle knife, which made them look uneven. I was not happy with the pieces, but that did not alter the taste, taste was as good. The best part is these have a good shelf life too , so one can make these and pack and leave them in the frig for months. 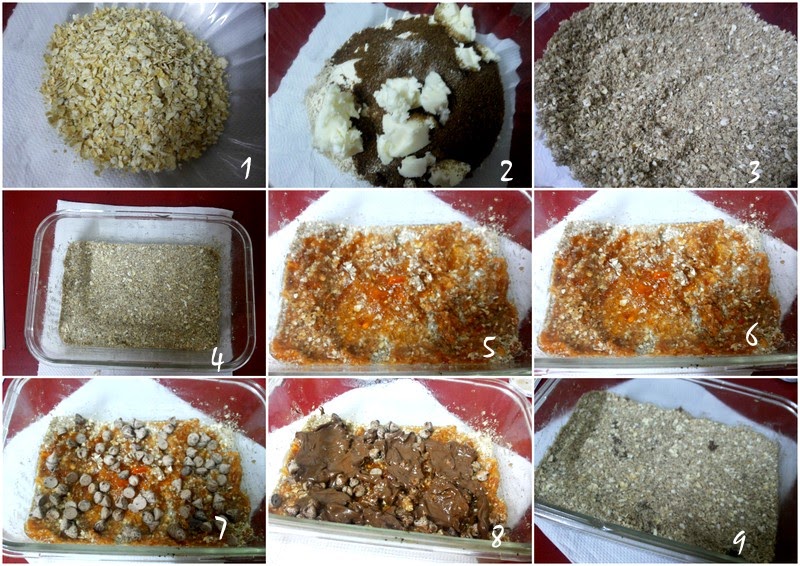 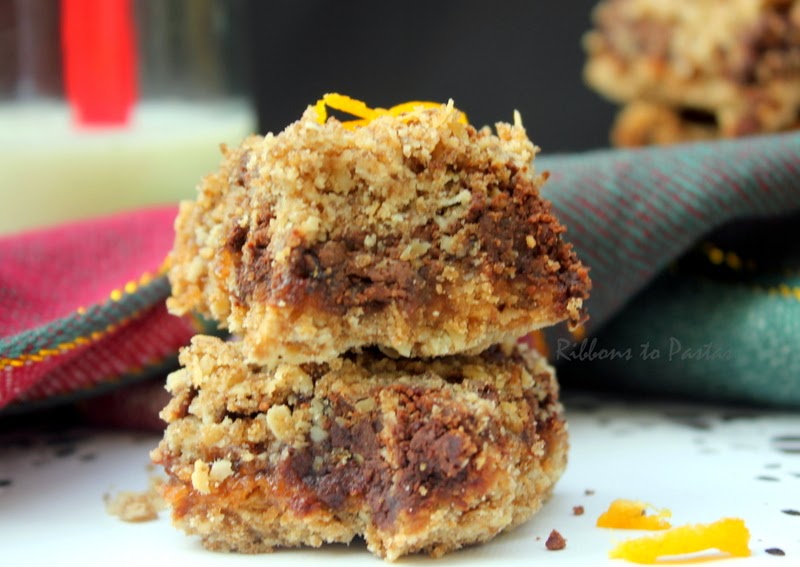 Orange Nutella Oatmeal Bars
1/2 cup brown sugar
1 cup whole wheat flour
1/4 tsp baking soda
1/2 cup quick rolling oats
1/2 cup butter, soft
1/4 cup orange marmalade
1/4 cup choco chips
Pre heat the oven to 180 deg.
Grease a 8 or 9″ square pan.
Combine brown sugar,baking soda,salt and oats.
Add butter and using your hands, create a crumbly mixture.
Press 2/3 of the mixture at the bottom of the prepared pan.
Spread the marmalade.
Spread a layer of Nutella.
Spread the choco chips.
Spread the rest of the crumb mixture over the top and lightly press it into the pan.
Bake for 35-40 minutes or until lightly browned.
Allow it to cool before cutting. 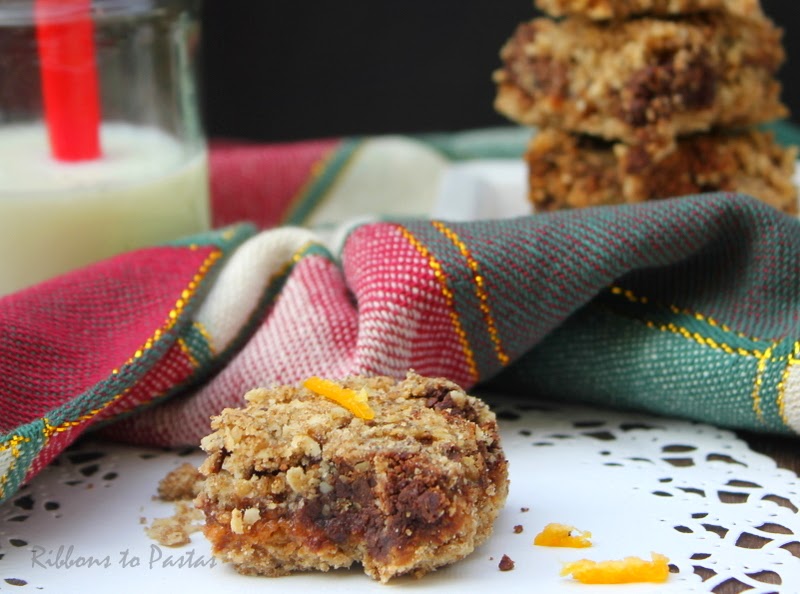 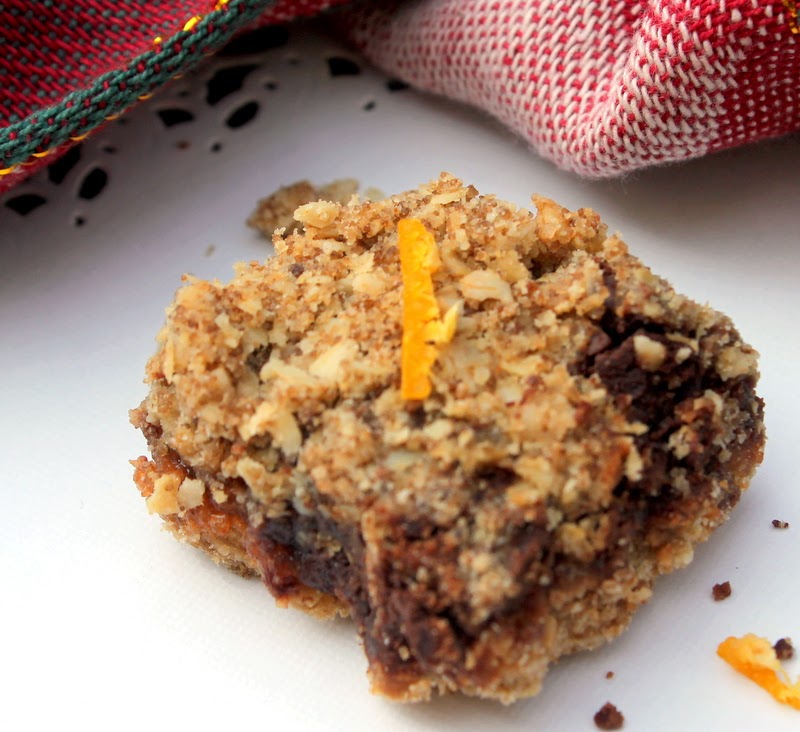 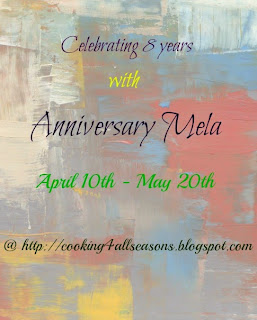