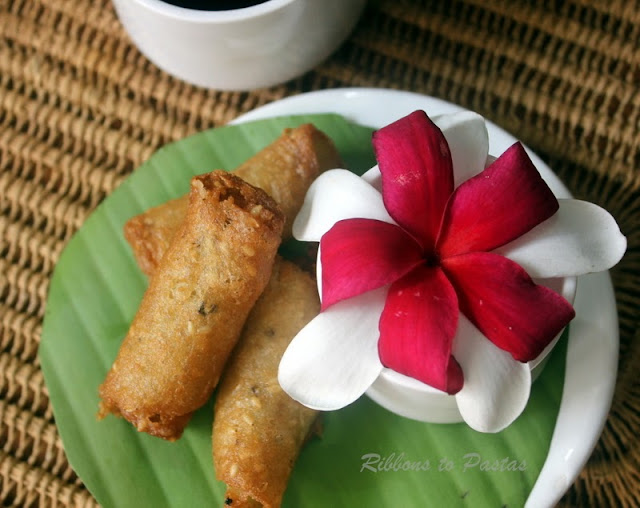 This time for a change Valli announced the Indian Cooking Challenge quite early, but some how I just could not work on it.I was leaving for Delhi and I knew I would be back on the 15th itself and it is very unlike me to work on a post at the last minute.So In spite of all the hassles I worked on this recipe , which is a specialty from Kerala.
The basic recipe is something like the Gujarati khicyu.(the recipe is in my drafts, waiting for the right time to post) , where the rice flour is cooked in water.Anyway adding onions, garlic surely added lot of flavor to the snack.I chose Swapna’s recipe, though I first choose Shn’s place.I was doubtful about cooking in coconut milk.
I was happy till the rolling part came, I would wrap the roll around my finger , it worked perfect, the minute I added to oil for frying, the roll would flip open!! I could not understand where I had gone wrong.I then rolled the complete disc and made simple rolls , fried them and the result was pretty good.They tasted awesome, a taste that was very very pleasing and where one would want to eat more and more.The only draw back was mine were a little oily.I have never had these so I really do not know how they should be, but I surely loved the taste. 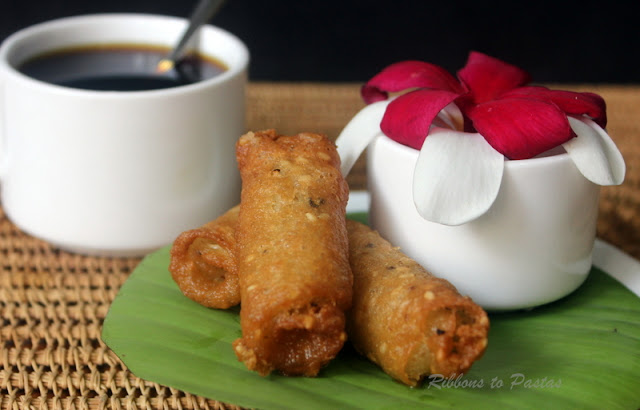 1cup rice flour
1 medium onion
1 tsp cumin seeds
4-5 cloves, garlic
1 cup coconut, grated
Salt to taste
1 tsp black sesame seeds (I used white sesame)
Oil for deep frying
Grind onion, cumin seeds, garlic, and coconut to a fine paste.
Mix this ground mixture with salt and little less than  1/2 cup water and bring to a boil.
In a heavy bottom pan roast the rice flour .
When the rice flour becomes very hot add the above boiled water-coconut mixture and mix very well until steam rises.
Remove from heat and add sesame seeds and knead well to make smooth dough. ( If needed add boiled water little by little to make a smooth dough).
Form small balls with the dough and press between cling film or waxed paper with a flat heavy pan.
These shouldn’t be too thick or too thin.
copied and pasted…
Roll each circle around an oiled thin pipe piece or handle of a wooden spoon or on Kappala thandu (papaya stem) or vazha thandu (banana leaf stem), if available. Press the overlapping edges together and slip off from the pipe. Continue this till the dough is finished.
Heat oil in a pan and deep fry the rolls in batches in hot oil until crisp and light brown in colour.
Drain on paper towels. Cool and store in air tight containers.
I rolled them into mini rolls and fried, though I have copied and pasted the original recipe after the pressing of dough, for giving you guys the authentic recipe. 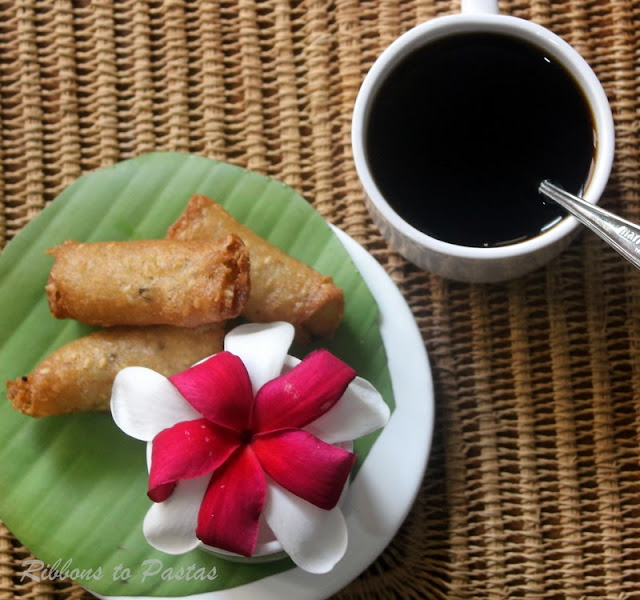 I am linking this to Weekend Cooking also where Valli and Champa join me every Monday!!
Print

6 thoughts on “Kuzhalappam from Kerala for Indian Cooking Challenge”