Nawabi Pizza / Pizza with a Twist 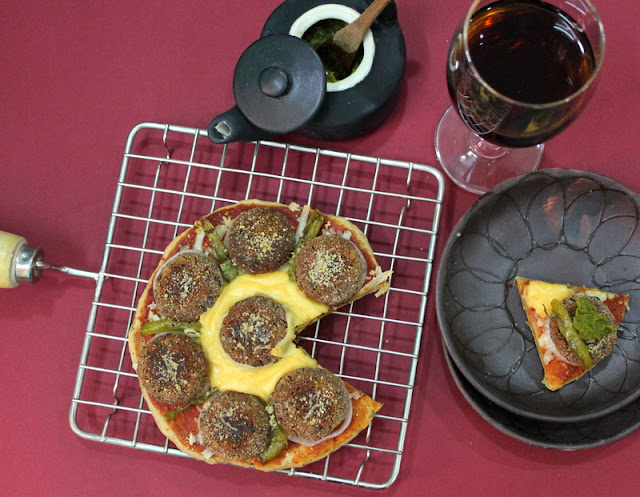 Pizzas are a favorite with the new generation. The origin of Pizzas has been from Italy but it surely has made a rage throughout the globe. The taste might vary in different countries but the basic remains the same..the bread, purée, cheese and some toppings.
Here in Gujarat we get a whole lot of variety…all the big chains are there , besides we also have the locally made pizzas. One such local pizza is Jasu ben’s Pizza , which is loaded with raw cheese and it is something which is loved by all.This pizza has given me wonderful ideas to make homemade healthy pizzas , though I haven’t posted any version yet.
Coming to today’s challenge at Groovy Gourmets.I have made a pizza which is from two Nawabi states.Kashmir and Lucknow.Kashmir is a state where the sultans ruled and their food is rich . I have prepared the pizza bread from Kashmiri roti.This is flavored with Indian herbs like fennel seeds, caraway seeds and black pepper.These spices lend a wonderful aroma as they are freshly ground.These are the main spices used in Kashmiri cuisine.
The purée that I have used is the Makhani gravy which is from Awadh. Awadh is a state which was ruled by the nawabs and their cooking was influenced by the Mughals. The gravy is with onions and tomatoes and gets a wonderful flavoring of kasoori methi.
For the toppings I have made Raajma Galouti Kebab. I picked this particular kebab as the Kshmiri’s are very fond of Raajma .In fact we get a special variety of Raajma which is called Jammu ke Raajma.  I made them mini sized and instead of frying them on the gridle, I baked these.I topped the puree with onion rings, kebabs and sauteed green chilly.
I used regular cooking cheese , Parmesan cheese and finally a cheese slice which I cut up into strips and highlighted the center of the pizza.
I served this with spicy mint chutney.
Now coming to the recipe…. 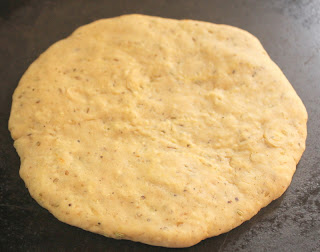 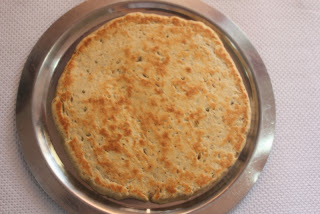 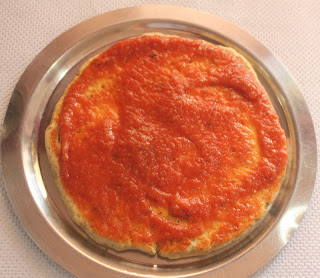 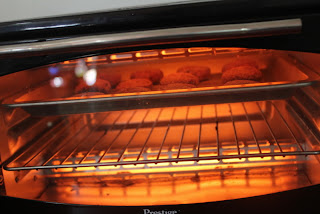 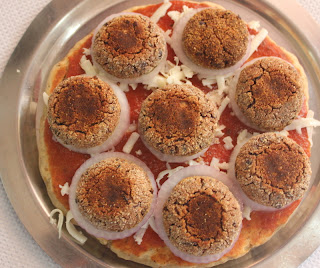 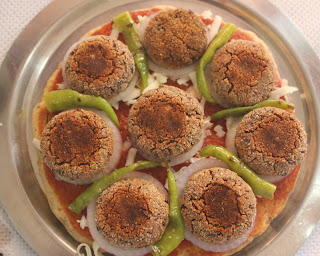 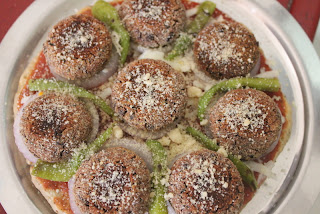 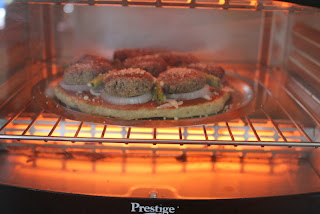 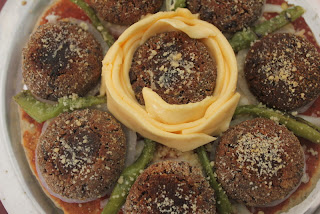 Crust (Kasmiri Roti )
1 cup whole wheat flour
¼ tsp cumin seeds
¼ tsp fennel seeds
½ tsp crushed black pepper
½ tsp carom seeds
Pinch asafoetida
Salt to taste
Warm milk to bind the flour
Roast the whole spices and powder them coarsely.
Adding to the flour bind the dough.
Keep aside for 15 minutes.
Roll the dough into a thick disc and cook on gridle.
The flame should be very slow, so that that the crust cooks through.
Flip over and cook.
Note
This is the recipe for Kashmiri roti, but for the crust I added ½ tsp baking powder.
You could also bake this roti, I haven’t tried doing it , but I am sure it shall work fine.
Makhani Gravy
Raajma Galouti Kebab
Assembling the pizza
Spread some makhani gravy on the crust.
Sprinkle cheese.
Spread onion rings in the circle.
Top the onion rings with kebabs.
Saute green chillies with little oil and salt.
Place these in between the kebabs.
Sprinkle Parmesan cheese powder.
Bake for 10 minutes.
Remove .
Taking a cheese slice cut strips.
Take it around the center kebab , making it into kind of rose.
Bake for another 10 minutes.
Serve with spicy mint chutney. 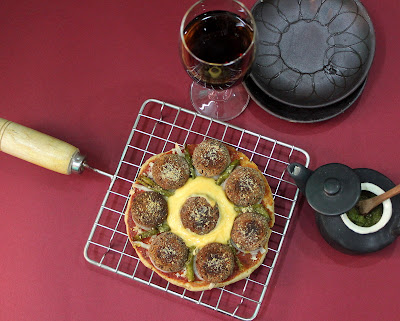 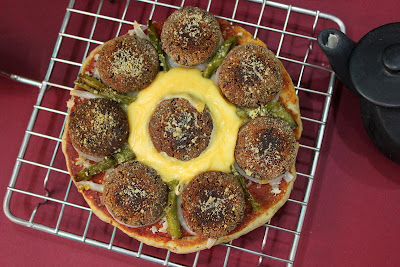 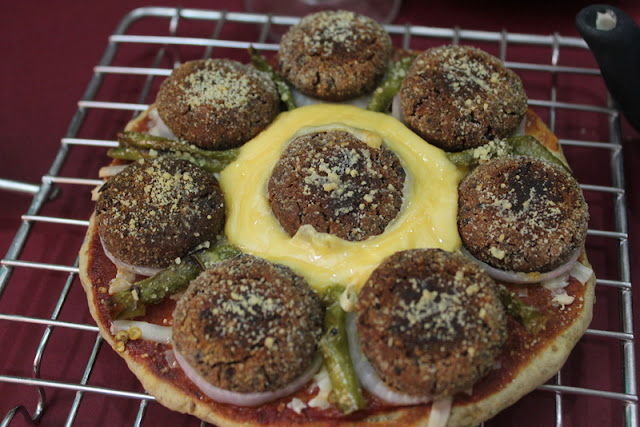 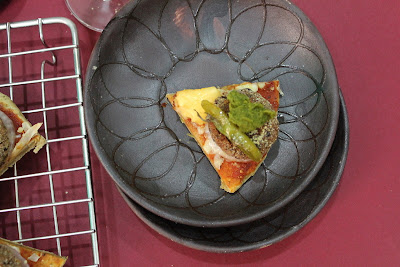 I must admit that the pizza was loved by every one in the family.The flavors were truly Nawabi,The combination of the kebab , green chilly and the thick crisp roti , all were amazing and the roti and kebab complimented each other.
This Pizza also goes for week end cooking where Valli and Champa join me.
Print

Nawabi Pizza / Pizza with a Twist

13 thoughts on “Nawabi Pizza / Pizza with a Twist”