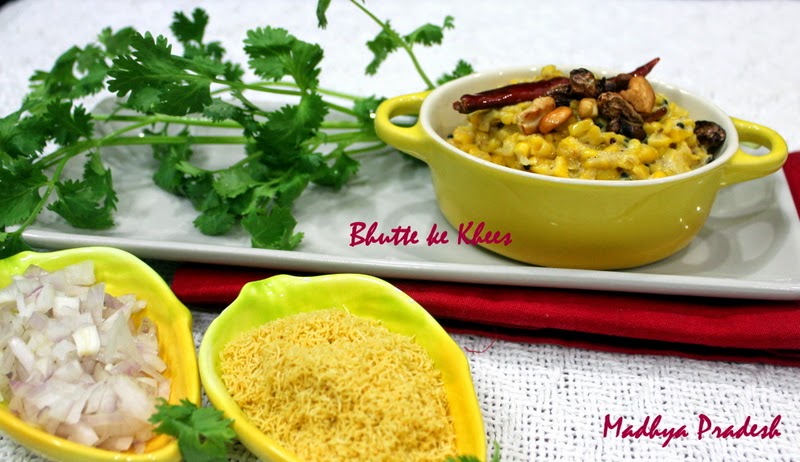 We are half way through this marathon, today being the 15th day we shall cook from Madhya Pradesh. This is a special state as we have two family memebers who are from this state. My sister in law and my new daughter in law, both are from Indore.
Madhya Pradesh is the Heart of India . Madhya means centre in Hindi, Pradesh is city., since this state is right in the center of India, it is called Madhya Pradesh. The state is influenced by Gujrati and Rajasthani Cuisine, as these two are its neighbors but Malwa food is MP’s own cuisine.
The cuisine in Madhya Pradesh differs from one part of the state to the other. The northern part and the western part of Madhya Pradesh have their delicacies centered around wheat-and-meat, whereas the southern and the eastern part of the state mainly concentrate on rice and fish .
Cities like Gwalior and Indore in Madhya Pradesh have a wide range of delicacies prepared from milk, while Bhopal being a royal state has a lot of non vegetarian dishes.Their kebabs, Biryanis , and meat preparations are very famous.
My sister in law  tells me they get the best of Kachoris there, the variety has Pyaaz ki kachori, Aaloo ki kachori besides the regular daal ki kachori. Indore. Is also very famous for its Poha, or beaten rice.
While talking of Indore I must tell you that this particular recipe was suggested by my daughter in law. While I was planning for this BM she told me about Bhutte ki Khees On reading the recipe, I realized it was like the corn khichdi that the Gujju’s make, with a little difference.
Bundelkhand in Madhya Pradesh, has sumptuous food and the people of this region are impeccable at hospitality and food. If you will refuse to eat anything out of the dishes being served, you will notice people fussing all over you, pressing and serving you alternative dishes. That is considered to be the perfect “Mehmaan-nawazi” . Bundelkhand is famous for its soft juicy kebabs. Another very popular delicacy of the region includes Bundeli Ghost which is served with rice or ‘makai roti’. The food of Bundelkhand is “a perfect tribal food experience”. But for today it is Indore’s famous Bhutte ki Khees. 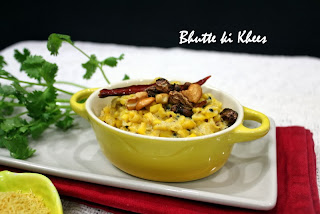 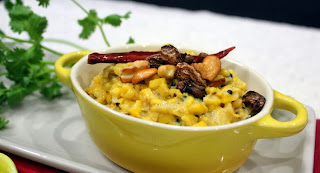 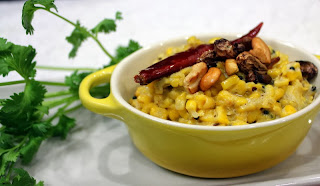 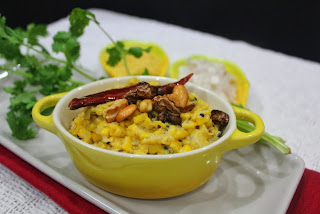